So this was my basic argument about the colour pink and the gender assimilation of our children through toys, but GoldieBlox articulates it in a much cooler way:

And for those of you who are not from my generation, the song they have re-written is the Beastie Boys’ song Girls, which originally had lyrics like, ‘all I really need are girls, to clean up my room, to cook me breakfast…’ Seriously, I’m not kidding. Those are the original lyrics. Way better this way.

If you want GoldieBlox to win commercial time during the Super Bowl, you can vote here.

I hate pink. Despise pink. The colour. I have nothing against the singer – she’s lovely. The root of my hatred may go back to the solid fuchsia track suit of my early childhood (thanks, mom!), but I also have an ethical bone to pick with the colour pink.

If you walk into any toy store you will immediately notice a strict colour divide. As you know, pink is for girls. So if you are a toy manufacturer and you have an idea for a girls’ toy, make it pink. with a hint of mauve – not a strong purple, but a soft version would be acceptable. No need to consider any other colour in the spectrum. All other colours are for boys.

And this is a problem because only a small spectrum of toys are deemed “girls’ toys”. All other toys are for boys. So if it is a doll, a house or any part thereof, or a fairy/princess, it will be pink. And a girl who wanders into the toy store heads straight for the pink aisles, where they have a choice between a ridiculous amount of dolls and accessories, houses and accessories, and even fairies/princesses and accessories. And then they come to the middle aisle where the colour changes and they know that these toys are not for them. Because they are not pink. And a boy would never dream of wandering into the aisles of pink – we do not want our boys to play with dolls. That would be terrible, and we must make it very clear that dolls are not for them.

Even at my favorite second hand store, the toy section is divided in two, helpfully labelled “girls’ toys” and “boys’ toys”. But you can tell which one is for girls, because only pink (and mauve) toys are on that shelf. And the boys’ toys includes everything else. Now, there are only two small shelves of toys in the story. It would not be overly strenuous for the shopper if they were all mixed together and the shopper had to look through all of the toys. It may actually be helpful – what do you get for the girl who has everything? A boys’ toy.

So, here is my question to you: if we mix it all up and use all colours for all toys and just put them on the shelves, maybe grouped thematically or alphabetically, what would happen?

Because here’s the thing: my 3 year old son loves trucks, LOVES THEM. And when people see him playing with trucks, they often comment on how much of a boy he is, as if he could be anything else. But he also loves fairies and princesses, dolls, and tap shoes. And pink.

And his 3 year old friend across the street, she loves her dolls. LOVES THEM. But she also loves cars and trucks, castles and blocks. And her favorite pajamas are not the pink Dora jammies, they are the black ones with bones on them.

There are differences between girls and boys. I do agree with that. But if we truly believe that boys and girls are so completely different, why do we need to try so hard to make sure boys do boy things and girls do girl things? Why can’t we make cool toys and put them on a shelf and let each child decide for themselves?

This is a piece from Ted Weekends in the Huffington Post:

A photo of my expecting mother eating a slice of watermelon is a family favorite. She attributes my lifelong disdain for the fruit to the fact that she ate it every day while pregnant with me. I carry this story in the form of an oval, deep green blemish on my left hand. It’s true — I’m a black man with a watermelon for a birthmark.

In many countries and cultures around the world, this would be unremarkable. But in the United States, where watermelon is associated with historic African-American stereotypes, my birthmark takes on a more complex symbolism. Just as the undesirable leftovers of farm animals, such as pig intestines and feet, are linked to the slave diet, watermelon is the food most associated with the 19th and 20th century depictions of blacks as lazy simpletons.

This phenomenon is more pronounced in the black American experience than in other places around the world. While eating breakfast with colleagues on a recent trip to Brazil, a friend who’d spent several formative years in South Asia casually asked if I’d like to try his watermelon juice. At that moment, the proverbial record scratched. Because he was never exposed to the history of watermelons and American blacks, he was quite puzzled at the awkward silence and darting glances.

The record of watermelon’s role in racism is well-chronicled. As Keith Woods of the Poynter Institute fashioned it, “since the earliest days of plantation slavery, the caricature of the dark-skinned black child, his too-red lips stretched to grotesque extremes as they opened to chomp down on watermelon, was a staple of racism’s diet. Over time, the watermelon became a symbol of the broader denigration of black people.”

As such, though I still dislike the melon, my watermelon birthmark is a badge of pride and a stare of defiance at the stereotype that continues to sprinkle salt in the wound of racism. — Ted Johnson

Some of the more popular items in America during the post-Civil War Reconstruction Era were racist postcards, colloquially called “coon cards” — coon being a pejorative term for blacks originating in the mid-1800s. Many of these postcards pictured wide-eyed, impish blacks overcome by a rabid infatuation for the huge slice of watermelon in front of them. The Jim Crow Museum of Racist Memorabilia at Ferris State University maintains a collection of board games, cookie jars, ashtrays, and other novelty items that perpetuate the debasing African-American-watermelon love affair stereotype.

Naturally, this expression of racism bled over into other forms of art. Minstrel shows, a once fashionable form of theater with blackface actors behaving mindlessly, also latched onto the watermelon narrative. One minstrel song recorded by Harry C. Browne in 1916, entitled “Nigger Loves A Watermelon, Ha Ha Ha!,” proclaimed there was “nothing like a watermelon for the hungry coon.” The melody is one every American knows — it’s the song that most ice cream trucks have played for decades to attract neighborhood children. How curious that Harry Browne began his song by calling watermelon “the colored man’s ice cream.”

With such deep and persistent iconography, it’s no wonder that disparaging imagery of blacks’ obsession with watermelon can still be found in our society long after slavery and the minstrel period. And much like then, it is used to belittle African-American people and their achievements. When Jackie Robinson broke the race barrier in Major League Baseball, opposing fans often taunted him by throwing watermelon rinds. After Barack Obama became the first black man to be elected president of the United States, manipulated pictures of the White House, showing rows of watermelon crop in the place of its pristine lawns, popped up around the Internet. And when a Google doodle looked suspiciously like a black athlete running along a watermelon, social networks lit up with equal parts outrage and curiosity about the cause of the clamor.

Though statistics aren’t needed to convey the ridiculousness and inaccuracy of the watermelon stereotype, data points out African-Americans actually eat less watermelon than others. The Department of Agriculture reports that whites eat the most, and the largest consumers of watermelon per capita are Asians and Hispanics, the fastest growing segments of the United States population. Ironically, with blacks being disproportionate sufferers of heart disease and hypertension — largely as a result of poor diet — consuming more fresh fruits and vegetables, including watermelon, would be a step in the right direction.

Today, many African-Americans resist eating the fruit in public so as not to be seen as confirming the stereotype. I am glad, however, that was of no concern to my mother decades ago. As she sat in her cream-colored ensemble on a blanket under the Georgia summer sun, the photo captured her nurturing the life inside her with the same fruit co-opted by the racism that took the lives of so many others. As such, though I still dislike the melon, my watermelon birthmark is a badge of pride and a stare of defiance at the stereotype that continues to sprinkle salt in the wound of racism.

Ideas are not set in stone. When exposed to thoughtful people, they morph and adapt into their most potent form. TEDWeekends will highlight some of today’s most intriguing ideas and allow them to develop in real time through your voice! Tweet #TEDWeekends to share your perspective or email tedweekends@hufﬁngtonpost.com to learn about future weekend’s ideas to contribute as a writer. 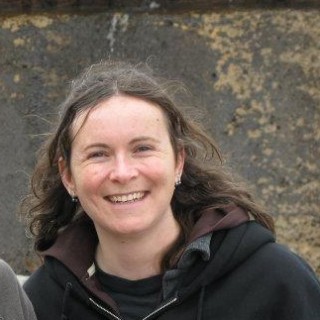 I am an assistant professor of strategic management at the Goodman School of Business, Brock University in St. Catharines, Ontario, Canada. I completed my PhD at the Schulich School of Business, focusing on the role of story in social change. Before this, I worked in the non-profit sector supporting social entrepreneurship and venture philanthropy. My research interests focus on the emerging field of social entrepreneurship and innovation and how they can be used to address the issues we face. I am interested in how the world changes, why it changes and why it does not.

Sociology on the economy, work and inequality

Behind the scenes of the Administrative Science Quarterly: A blog organized by students, for students.

A blog by sociologist Deborah Lupton

Life with a twist and other random crap